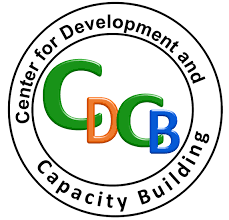 On Jan,2020 Centers for Development and capacity building /CDCB/ published a case study document on PLHIV and adolescents life describing cases why urbanization and flourishing investments fail to provide care and support to HIV positive children and adolescents on the major investment corridor towns of Oromia Dukem ,Mojo and Bishoftu and evidenced that in addition to the serious health issues they face, adolescent mothers affected by HIV and their children living with HIV often experience stigma and discrimination because of their HIV status.
As per the study conducted in those areas many adolescent mothers do not give attention to their HIV positive child because they think his/her life is short. Family members who do not disclose the status of their children born with the virus until the age of 14 to 16 but give them the medication telling them that they have other health problems.
Because, they fear that the child may develop negative attitude towards them and get frustrated in his/her life. A young lady born with the virus whose adolescent mother was a volunteer PLHIV working as a teacher on HIV/AIDS said, “I never experienced what other kids usually experience during their childhood. That was because my mother always kept me in Dawn of Hope compound where there were only adult women and men.” This was because her adolescent mother’s HIV status was known in her neighborhood and the community was not willing to accept the child and let her spend time with their kids.

Consequently, her mother was forced to keep her in Dawn Hope Association of PLHIV compound where the association members spend their time. As there is stigma and discrimination against youth with the virus and children from HIV positive parents, it is difficult for them to get jobs. They cannot, for instance, be employed to work as a housemaid or a babysitter.
Furthermore, there is a strong link between poverty and HIV transmission. For instance, poor adolescent mothers who cannot afford to give extra meal to their baby are forced for prolonged breastfeeding which exposes the baby for HIV infection. Most PLHIV association members suffer from food shortage and they do not take their medication as a result. Therefore, compared to their counterparts from relatively better off families, children from very poor adolescent mothers are at a very disadvantageous position regarding their childhood development, care and support, and are highly vulnerable to HIV/AIDS even though they are born HIV negative.
Thus, CDCB as a non-governmental organization executing PMTCT projects believes that adolescent mother affected by HIV and their children are more vulnerable groups in need of more critical intervention by generating evidences in an effort towards improving the life of adolescent mothers. To achieve this CDCB wants to engage on activities of institutionalized care and support system provision specifically for mother affected by HIV and their children at family, community and school levels to reduce the widespread stigma and discrimination and support them in improving their economical willingness accordingly to fully engage CDCB wants to partner with any institution or individuals who can support financially, morally or with any material goods, or services.

Previous Environmental Planning and Sustainability Next Out heart felt condolence

Get latest CDCB news, articles, and resources, sent straight to your inbox every month.